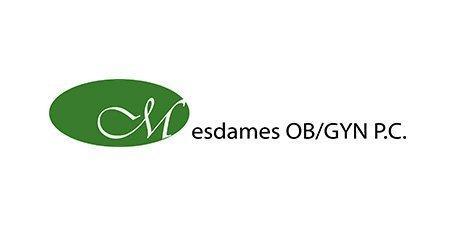 Uterine fibroids are present in many — if not most — women today. Although fibroids aren't cancerous, they can sometimes cause very serious symptoms. If you're experiencing excessive bleeding or pelvic pain, this may be an indicator of uterine fibroids that require treatment. Dr. Laure Lauriston, the primary doctor at Mesdames in Yonkers, New York, offers effective fibroid treatment that can relieve your symptoms quickly. Call Mesdames or schedule your appointment online.

Uterine fibroids (fibrous tissue) are noncancerous growths within the uterine tissue. They can vary in size, ranging from the size of a grain of sand to the size of a baseball. Some women have just a single fibroid growth, but it's common to have multiple fibroids. Most women have fibroids at some point, but fibroids don't usually cause symptoms. If they do cause symptoms, treatment is needed.

Fibroids are most likely to develop in women in their 30s, although they can develop at any point during a woman's reproductive years. African American women are more likely than caucasian women to develop fibroids.

What are the symptoms of uterine fibroids?

The symptoms of uterine fibroids can include:

Many women have several of these symptoms at one time. While the above symptoms are often indicative of fibroids, there are other conditions that may be responsible. Dr. Lauriston will do a careful evaluation and diagnosis if fibroids are suspected.

How are fibroids diagnosed?

Fibroids can be found during a standard pelvic exam in many cases. To pinpoint the location and size of the fibroids, other diagnostic testing may be needed, including ultrasound, hysteroscopy, or laparoscopy.

What is the treatment for fibroids?

Fibroids can be treated based on the patient's symptoms. If you aren't having any symptoms, Dr. Lauriston may simply monitor the fibroids during exams to make sure that nothing has changed. If you're having symptoms, such as pelvic pain, there are several effective treatment options, including:

Medication therapy
Medication can help resolve excessive bleeding and menstrual cramps. Oral contraceptives are very effective for this in many cases. Other medications, the Gonadotropin-releasing hormone (GnRH) agonists, can actually shrink the uterine fibroids while they halt menstrual cycles. GnRH agonists are generally used for only a few months at a time due to side effects.

Myomectomy
A myomectomy is a surgical procedure in which the fibroids are removed from the uterus, but the uterus is left intact.

Hysterectomy
A hysterectomy (removal of all or part of the uterus) may be done when the fibroid symptoms are very severe.